A LAW FIRM THAT WINS
With A Record To Prove It!
GET STARTED TODAY 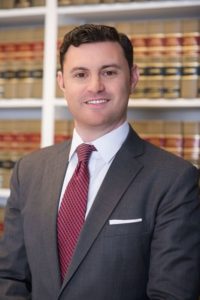 John J. Meehan, a noted Senior Trial Attorney, has been employed at the Law Offices of Jon L. Norinsberg since 2012. In 2017 Mr. Meehan was named a Rising Star by Super Lawyers Magazine. Mr. Meehan has tried multiple cases to verdict, and has been in integral part of the Norinsberg trial team that has time and time again won millions of dollars in verdicts for its clients.  Mr. Meehan was recently featured in Spike TV’s Time: The Kalief Browder Story, a six- part documentary produced by Jay-Z chronicling the abuses of the New York City criminal justice system.

Prior to joining the firm in October of 2012, Mr. Meehan worked in the Brooklyn District Attorney’s office, where he helped prosecute a wide array of crimes. Mr. Meehan is an aggressive advocate for his clients, and fights for each and every dollar his clients are entitled to.